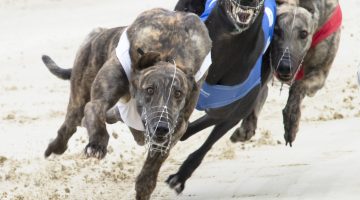 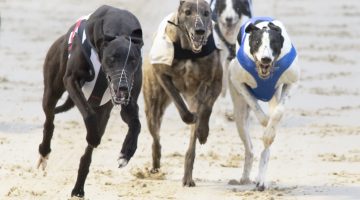 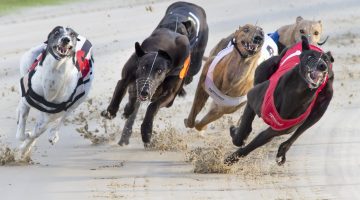 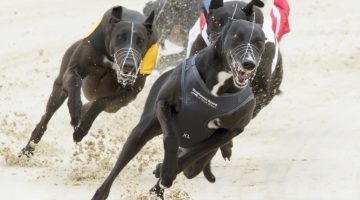 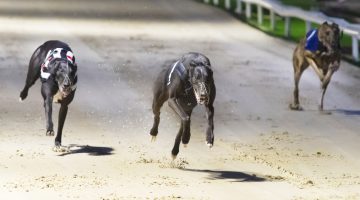 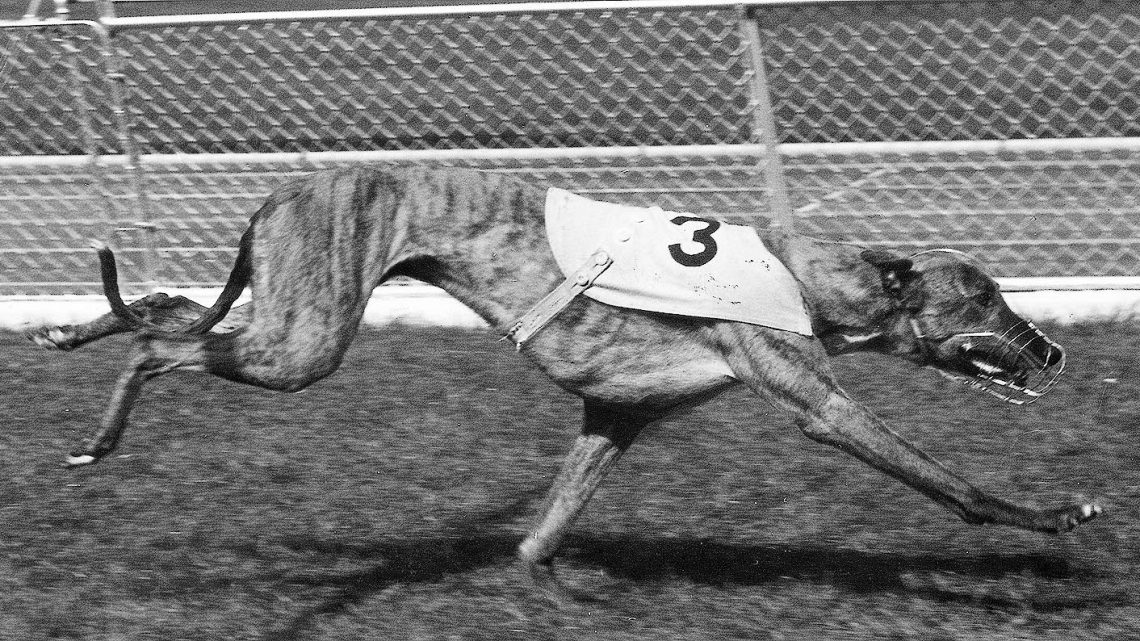 1962 Palms Printer and Clonalvy Pride (in picture) jointly share the 1961 Greyhound of the Year title at an awards ceremony at the Dorchester Hotel. Printer, was owned by Plaistow grocer Alf Heale and trained by Paddy McEvoy when he won the Derby. When Paddy moved to Ireland, the dog switched to Gregory Doyle and won the Scurry. He broke a hock in a trial in September leaving a record in the year of 12 wins from 22 races and prize money of £3,465. Clonalvy Pride was owned by Portsmouth metal merchant Harry Seymour and trained by Jack Harvey. Pride's '62 record was 19 wins from 32 outings including the Laurels, St Leger and Olympic. He won £3,190 in prize money. The Best British Bred was Oaks winner Ballinasloe Blondie and the Dam of the Best British Bred litter was Jean Chapelle's Daybreak.

1937 A documentary film about greyhound racing is on release in London cinemas. It is called Heads And Tails and the commentary is by Kent Stevenson.

1956 Enniscorthy’s 500 yard track record set six years earlier by Midnight Rogue is equalled by Shaggy Barley in race seven, only to be bettered in race eight by Deeps Dainty, who sets new figures of 31.40. 1988 Greyhound racing’s most glamorous night. Special guest for a charity meeting at Wembley Greyhounds was Diana The Princess of Wales seen being escorted by GRA’s Jarvis Astaire

1974 Stage Box (The Grand Silver-Crubs Up) trained by Natalie Savva wins the TV Trophy over 880 yards at London White City.

2006 Romford announce a £400,000 investment in their main grandstand. The cash will be spent on the restaurant and on a new judges box. Meanwhile Henlow are given a £150K grant towards the £464,000 cost of their new restaurant.

1960 Bord nag Con announce new rules which will prevent the on-going practice of allowing ‘faulty’ (fighting) greyhounds from being entered in public sales. From now on, all dogs deemed to be faulty will have their cards suspended and will be forced to run two clearing trials.

1978 Beg Your Pardon was the 18th highest priced lot at Shelbourne sales at 420 guineas. She would later make her name as the grand dam of Greenpark Fox.

1956 Following a lack of interest, the NGRC decide to cancel the class for racing greyhounds at Crufts.

1962 Romford stage arguably the ‘longest’ eight-race card ever. It includes four races over 650 yards, one over the 650 yard hurdle course, two over 840 yards and one over the 1,030 yard course. There are four odds-on chances, of which two are successful. 2005 Shelbourne Star (pictured) is stripped of her 2003 St Leger title at an NGRC inquiry. She tested positive for the drug meloxicam. Trainer Brian Clemenson was fined £750. The race was awarded to runner-up Bite The Bullet, trained by Wayne Brunt. Photo: Steve Nash