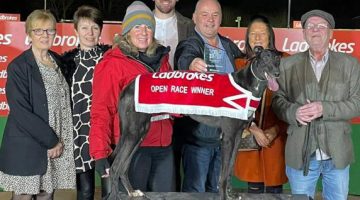 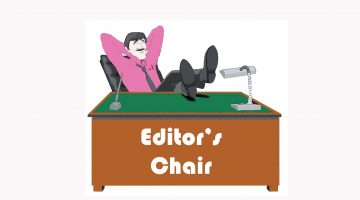 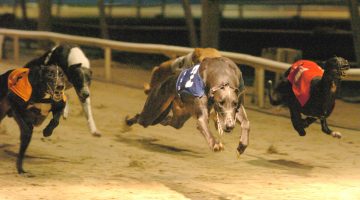 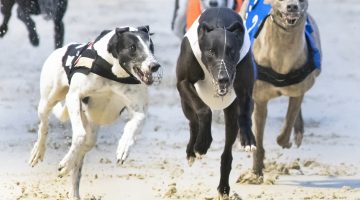 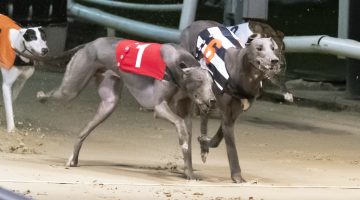 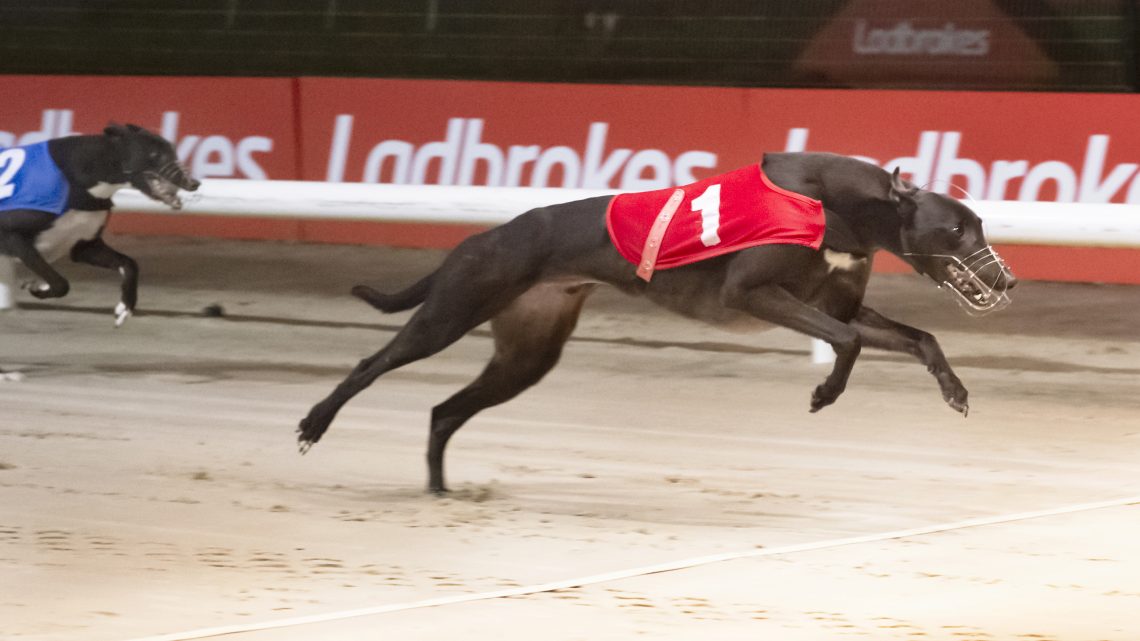 Given the quality of the 48 runners in the first round of the Premarket Pets Blue Riband, it would have been interesting to speculate on the identity of the quickest winner.

It would have been no disrespect not to have selected Fabulous Azurra – you might even have chosen her within her own kennel! But the British Bred Derby winner franked the Sheffield form with a 29.32 run to take her unbeaten sequence to five.

Sheffield staged their first opens of the new year on Sunday and there were several worthy performances including a 28.17 win for puppy Freedom Alibi and a 660 success for the veteran Sharpys Pluto (Race 110, and five in April). But none outshone Kirsty Grayson’s Dairy Hill Jet (who runs again tomorrow). One night later Kevin Proctor’s dual distance performer Front Move produced comfortably the top performance at Harlow with a calculated 25.94 run for four bends.

Onto Friday and with the Essex Vase just around the corner, Kevin Boon’s Bettys Book produced a potentially significant 35.28 run when just holding off Vancouver Var. For Friday read Saturday, Crayford for Romford, Piercetown Dove for Bettys Book and the Golden Jacket for the Essex Vase. That is four in a row for Derek Knight’s lightweight brindle.

This time last year, Westway Blake was being prepared for the Ladbrokes Puppy Derby. He eventually ran fourth behind Jaguar Macie in the final as the 9-4 favourite. Sadly, Angie Kibble’s runner has had a stop-start career since. Last week he was beaten in his return to his home track but on Sunday he reminded locals of the old adage about class being permanent!

Nottingham are still ticking over on graded racing and have staged three A1 events so far this year. The quickest, and arguably most impressive was the first winner of 2022, Ramors Jet with a seven length 30.15 win.

The Perry Barr surface has been in great nick for the time of year with 28.42 and 28.53 clocked on the same card last week. John Lambe’s Affane News was the quickest of them with six wins and a second in his last seven races.

Doncaster has been on the slow side which could underplay the quality of Starcash Henry’s 30.15 demolition of the only A1. The going allowance of -100 might seem excessive until you consider that the two A2s were won in 30.98 and 30.80. Jimmy Gaskin has a proper greyhound on his hands.

Hove’s has also been difficult to judge. With so little between the A1 winners, we’ve going to edge it to the veteran Droopys Baton who has rocked up with a 29.89 (-20). Meanwhile at sister track Monmore it became a straight call between two winners who ran a race apart, Skyfall Ruben in A1 in 28.87 (-40) and Easy Article in S1 in 38.76 (-45). The right decision??

Droopys Biggy has been bigged up as Newcastle’ most exciting prospect and after finding all sorts of trouble in his early races is clearly a different proposition now. His last-to-first A1 win in 28.73 (-20) was his fourth win in his last five outings.

Yarmouth’s Montrose is far from unexposed. A regular selection in this feature last year, Irene Barnard’s wide running black – 40 graded races at the track, every one in A1 – has the first sub 28.00 run of 2020. There was a similar story for the Kinsley 462 metres where Creamery Astaire went three spots quicker than the A2 winner as the only hound to dip below 28 seconds this week. (Quo Vadis did 27.48 last week). Henlow’s standard trip is just two metres shorter and duly runs a little quicker. Their sharpest A1 winner this week was Fenview Blue in 27.90.

On the subject of Henlow, at 21 months old, Go Wild Turbo stopped chasing in a race then in a two-dog trial. On each occasion he was marked as ‘distracted’. After re-schooling, he did it again. But trainer Mark Wallis persevered (there is more to the man that Cat One winners alone) and eventually steered the brindle up to D1/A2. In August last year Turbo headed north and is now firmly established in the upper grades at Sunderland. On Thursday he clocked the fastest 450 of the week when landing an A1.

Puppy Bluejig Badger produced a new PB when clocking the fastest time at Pelaw’s Sunday meeting. Finally, the tightest call of all, Central Park and a dead heat in the fastest time of the week between Crystal Pinkys and Chelts Lad. Next post INDUSTRY MUST HAVE EXPERTISE SAYS CHARLIE LISTER OBE