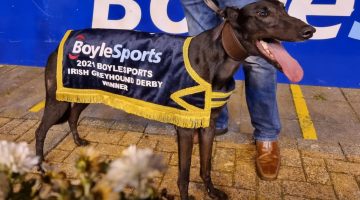 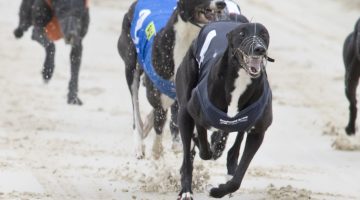 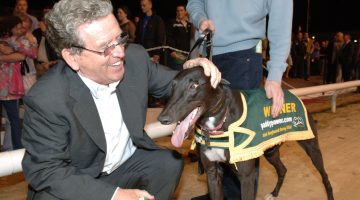 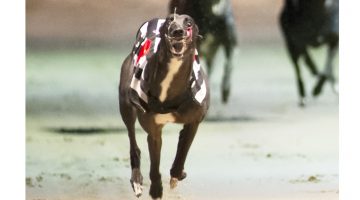 DANNY FIRMLY IN THE LEGER 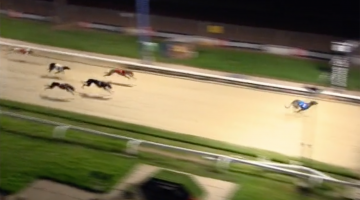 ROB ABREYS ROMFORD ROUND UP

Industry rumours that RPGTV will evolve to become a 24-hour sports channel may have taken a step further forward with the announcement that the channel is to include its first lunchtime meeting.

RPGTV will take it first step into daytime racing transmission with coverage of the Ladbrokes Golden Jacket following that up with evening coverage of the Shelbourne Gold Cup on Saturday 6th February.

The Ladbrokes Golden Jacket has been a Saturday morning staple at Crayford for over 30 years having first been staged at Harringay during the 1970s when it sporadically featured as a horse-racing substitute on ITV.

It is the most valuable off-course betting industry competition and, apart from a four-year flirtation with an evening final which ended in 2019, has had an iconic Saturday morning role since its inception.

As a result, RPGTV coverage has been restricted to the first round only in previous years but the whole competition will now be covered in its entirety on three consecutive Saturday mornings, February 6, 13 and 20. Trial stakes for the £17,500 Category One event begin over the 714m course this Saturday evening, live on RPGTV.

The Shelbourne Gold Cup, known as the Best Car Parks Gold Cup in 2021 for sponsorship purposes, was first staged in 1998 when won by the Denis Shanahan-trained Real Branch and quickly established itself as the leading early-year competition.

Run over the 525 yards course at Shelbourne Park, it is regarded as an ideal starting point for leading four-bend greyhounds and has been won by legendary names such as Paul Hennessy’s Late Late Show (2001) and the late Seamus Graham’s Mineola Farloe (2006). Hennessy is the competition’s leading trainer with seven victories, while Liam Dowling has won two of the last three renewals.

The 2017 staging was abandoned at the semi-final stage as the first high-profile victim of a dispute between the then Irish Greyhound Board and the Dublin Greyhound Owners and Breeders Association over the announcement of the closure of Harold’s Cross.

“RPGTV powers on with a set of top class racing in the first week of its new High-definition transmission platform being launched, and there are further announcements still to come. Breaking into daytime racing coverage is another first and we look forward to our audience relishing RPGTV’s expanding schedule.

Following on from RPGTV’s coverage of the Irish Derby last year we are delighted to have racing back-on from Shelbourne Park featuring as a Saturday evening feature in the first week of our HD output.

“I’m delighted that the Best Car Parks Gold Cup from Shelbourne Park is the first Irish greyhound racing competition to be featured live on RPGTV in 2021. It promises to be an excellent night of racing and we are delighted to be delivering live competitive greyhound racing from Ireland.”

“We’re delighted that the extension of RPGTV’s coverage means we’ve been able to retain the traditional Saturday morning slot for the Golden Jacket.

Current circumstances mean betting shops will be unable to provide coverage this year, but this announcement ensures that a great and long-standing event remains accessible to all.

The staying division has thrown up some fantastic racing in the last 12 months and we’re sure to see some stars at Crayford in the build-up over the next two Saturday evenings and the following Saturday morning when the main event kicks off.”

“Saturday morning action from Crayford and Romford is expected to become a firm favourite with not just our regular viewers but perhaps also some new ones captivated by the action in their living rooms at breakfast, or maybe brunch, time.

The show will also welcome increased viewer interaction with a new weekly competition being introduced, while the other main sporting action of the day will also be featured.

Of the Shelbourne coverage, Lawrence added: “Our ambition is to bring the best quality racing from both sides of the Irish Sea and the first big night for Irish racing in 2021 is the final of the Best Car Parks Gold Cup from Shelbourne Park. Covid regulations permitting, we will have a reporter onsite for interviews.”