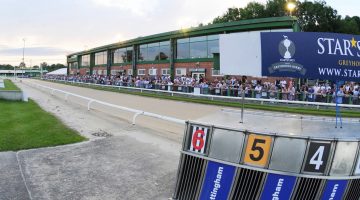 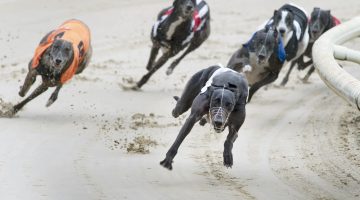 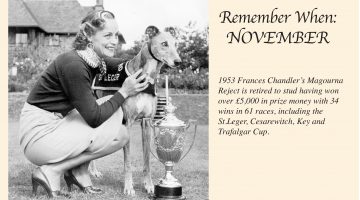 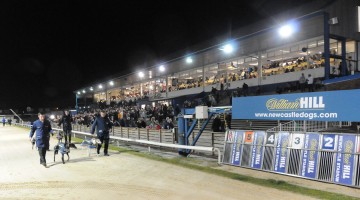 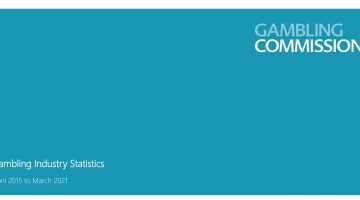 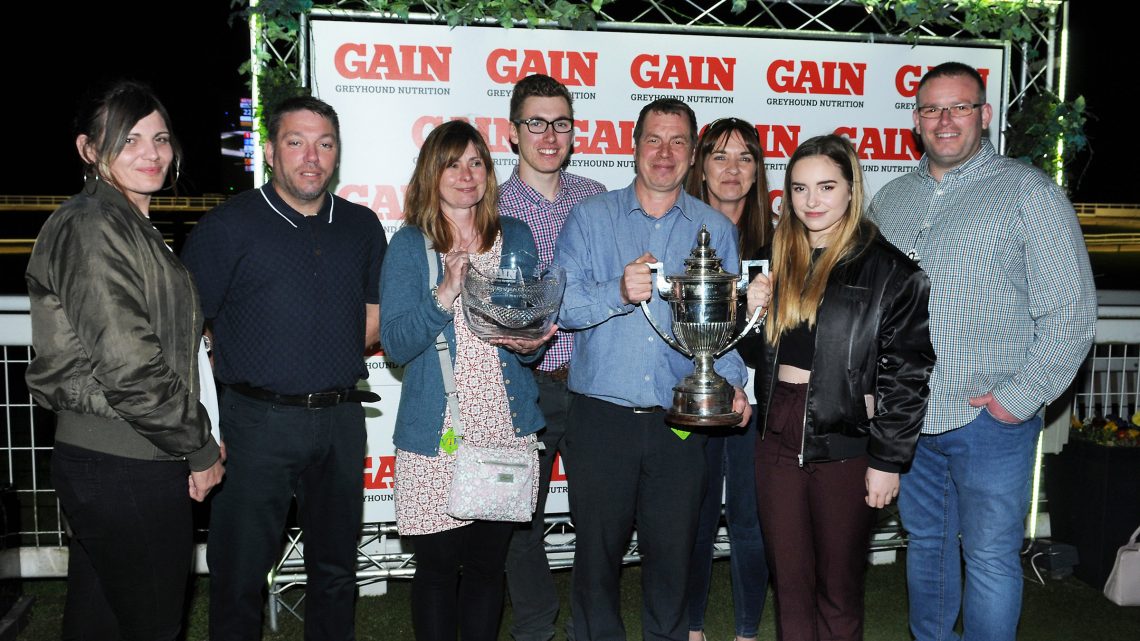 The local Towcester trainer had some near misses in recent years and a competition which sometimes passes him by with not the greatest of luck was on his radar to add back to the trophy cabinet in what was eventually a solid team effort to clinch both hands on the trophy with a race to spare. This is how the story unfolded with an unbelievable night of action at the Star Sports Greyhound Derby venue

The Gain GTA Trainers Championship kicked off with ‘Standard C’ and it was a win for Greyhound of the year 2017 King Elvis (Tullymurry Act – Skate On, Oct 15) In a race which was pretty much won from the boxes the 11/10 favourite showed his customary early pace and went clear from long time challenger ‘Bubbly Turbo’ who also needed to win, but he faded away late on as the Elizabeth McNair trained dog stole first honours to clinch ten points.

Leg two was the sprint and the McNair camp were quickly back in the winner’s enclosure with Queen Anna (Tullymurry Act – Skate On, Oct 15) litter sister to the first winner after an electric start and the race which put to bed very early as the orange jacketed 9/4JF would post a very respectable 15.20 on minus ten rated going, three and a quarter lengths clear of nearest pursuer Coolavanny Boy (T3 5/1) with the trap six joint favourite Lughill Robbie for the Cahill kennel back in third.

We then moved on to the Juvenile race, a wide-open affair. But it was the nine times champion trainer Mark Wallis who sent out the winner with the Rob Brinkley owned Brinkleys Twirl (Rio Quattro-Droopys Twirl, Apr 16). Holding her red box position she forced her way around the opening bend stamping her authority leaving others in behind to sort out their bother and the 5/2 second favourite was never in trouble. The eye catcher of the race came home in second, Jelly Flood for Kevin Hutton seeking to write history with a fourth consecutive trainers championship title. This youngster was in all sorts of trouble early and was a long way adrift off the second turn but the determination and pace it showed from half way will certainly give hope to connections for a future star over further.

The halfway mark was approaching and it was Wallis quickly back in the winner’s enclosure this time with Garyglass Champ (Kinloch Brae-Pennys Lady, Nv 14). In fine form with his recent local track knowledge picking up the Gain Greyhound nutrition stayers stakes final he had a ding-dong battle tonight with well fancied Affleck Lady for Patrick Janssens, once a force working together at Imperial kennels but now taking each other on, on the big stage. The eventual winner was second around the bend from the strong even money favourite but the former showed his four-bend speed to race into a lead and from there in tracked very well to not let his challenger past as she tried everything she knew.

The fifth leg saw the bitches take to the stage and this was a tremendously fast starting affair. As you would expect most flew the lids and something had to give at the corner but the only dog to not come away fast was the short even money favourite Mad About Maggie (Kinloch Brae-Swift Rush, Sp 15). She found a gap up the inside at the corner and put herself handy with Move Over Eliza for Janssens leading everywhere bar the line and the favourite justified her position as the market leader from an unpromising position to somehow get back up to win. She has clearly developed more stamina and showed great determination to land this event and get a first victory of the night for Kevin Hutton

A pattern was starting to appear as the sixth leg ‘Standard B’ we now saw a quick-fire double for Kevin Hutton with puppy derby winner Magical Bale (Zero Ten-Sizzling Sarah, Ja 16) at 3/1. Showing some unbelievable track craft at the first corner after a missed break he dived to the rails, the inside two runners had gone up very fast but he saw a gap on the fence and went through it like a knife through butter. The race was not over as recent Astute Electronics gold cup winner King Turbo who was a 5/4 favourite in the betting ring gave him a race all the way to the line. Staying on tremendously well to eventually grab second was the vastly improving Bombers Bullet.

The penultimate leg of the championship ‘Stayers A’ saw that man Wallis back in the winner’s enclosure with 6/4 favourite and dual category one champion Rubys Rascal (Razldazl George-Swift Eva, Jy 14). The race was not as simple as it may sound though where Paradise Valdez for the McNair camp race clear into what looked a healthy lead and the eventual winner getting nearly brought to a standstill off the opening bends and looked in big trouble but this stamina sapping six hundred and eighty-six metre contest saw the petrol tank empty for the long-time leader as he was collared right on the line to give the championship to Wallis with one race still to go.

We already had the winner’s trophy being engraved with the dogs on parade at this stage and it was time for the big guns ‘Standad A’ to draw down the curtain on another great tussle between six of the country’s best trainers. You didn’t think Wallis was going to shut up shop and head to the bar? He still had Irish derby runner up Black Farren at 8/1 to go. Dorotas Wildcat was a very short 4/6 favourite and completely missed his break but showed his phenomenal early pace to get to the bend in front with King Kid who eventually ended up third. The short-priced fancy held every chance but couldn’t hold the challenge from the Wallis kennel as usual he broke well but got outpaced but held his pitch and forged clear off the last bend to win going away and sealed a brilliant night for the kennel in the words of commentator on the evening Andy Lisemore, ‘What a night it’s been for team Wallis Icing on the cake: BLACK FARREN rounds off a great GTA Trainers’ Championship victory for the Mark Wallis camp, leading home Dorotas Wildcat (t4) for his fourth winner on the night.Photo: © Steve Nash